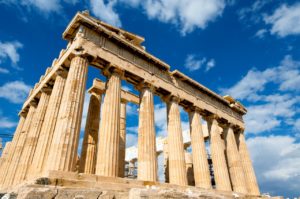 The New York Times is hosting a major forum this September 14-18 in Athens, Greece for the fourth edition of the Athens Democracy Forum. Re-Define is proud to be a media partner for the event, and can offer a discount for those wishing to take part in the Forum (Re-Define 15% discount code – ADFRD16).

The conference will bring together some of the most influential array of speakers – statesmen, business leaders, economists and academics – to discuss the pressing challenges facing liberal democracies, their institutions and economies. The key topics to be tackled in this year’s agenda will be the compatibility of liberal democracy and religion; migration and the global refugee crisis; authoritarianism; and, the role of business in fostering democracy.

To get to the heart of key issues that will help define the right policies and strategies, the Athens Democracy Forum will be hosted by award-winning columnists and senior journalists from The New York Times, including:

The Athens Democracy Forum will also feature a rich, complementary program of events designed to bring to life the major themes of the conference, including an international student debate, a Google Hangout featuring civic activists and a special U.S. election briefing presented by the American Embassy and the American-Hellenic Chamber of Commerce.

Hosted by NYT columnist Roger Cohen, the invitation-only event will explore the many real and dramatic ways architecture and urban planning can both represent and facilitate democracy.

The ‘Architecture & Democracy’ speaker line-up, with more to be announced, is:

Keep up to date with further speaker announcements on the conference website and by following @NYTlive on Twitter. The hashtag for the conference is #NYTADF.

The Athens Democracy Forum has been convened in cooperation with the United Nations Democracy Fund, the City of Athens, and Kathimerini newspaper. Costa Navarino is the principal sponsor for the event. The event has become the premier global event marking the UN International Day of Democracy on September 15, attracting 400 delegates from 23 countries to Athens last year.