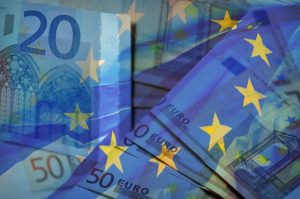 This article was originally published on Bloomberg View on the 15th of December 2017, and the original can be accessed in the Bloomberg website.

Ever since the financial crisis, the European Union has grappled with how to solve the so-called sovereign bank doom loop — the phenomenon whereby weak banks can destabilize governments that support them and over-indebted governments can push banks holding their bonds over the precipice. The widely touted solution is the European Banking Union, which the European Commission wants completed by 2018. New rules introduced European bank supervision, a new resolution framework that limits sovereign support and a pan-EU deposit insurance scheme as a means of breaking the interdependence between banks and sovereigns.

The first problem with this approach is that it’s actually not possible to break the doom loop. The second is that trying to do so through the banking union may actually increase risks in the European Union.

Euro zone banks, who are legally required to hold safe and liquid assets, often buy disproportionately large chunks of their home country sovereign debt because these are often the most familiar safe assets, and the sovereign yield curve is used as a baseline for pricing most credit. However, if the price of these bonds plummets — or, worse, if these bonds have to be restructured — banks get into trouble, as Greek banks found.

The doom loop works in other ways too. Rating agencies have a separate methodology for rating banks wherein the possibility of state support raises bank ratings between one and six notches above what these would be on a standalone basis. A weak government means that investors discount the ability of the sovereign to support a bank in times of trouble, so a bank’s rating will also fall.

That explains why, during the euro zone crisis, badly run German landesbanken (a group of state-owned banks) had a better credit rating compared to Santander, one of Europe’s best-run banks, headquartered in Spain. Sometimes the bill for bailing out banks is so large that an otherwise healthy sovereign itself needs to be bailed out, as Ireland found out.

Finally, the doom loop can kick in if depositors doubt that governments can honor their guarantees. Rumors of a bank being in trouble can be self-fulfilling, leading to the withdrawal of short-term funding and deposits. It was a fear of such a run on deposits in Spanish banks that prompted European Central bank President Mario Draghi to say the ECB would do “whatever it takes” to stem the crisis. Deposit guarantee schemes are important in reducing the risks of such a run on the bank. But these guarantees are only as good as a government’s ability to pay.

Breaking this loop should then be simple in theory: 1) limit a bank’s ability to hold the bonds of its home sovereign, 2) remove the possibility of sovereign bail outs and 3) make deposit guarantees pan-European so they are not linked to a particular sovereign. This is exactly what Europe’s banking union tries to do.

But the banking union doesn’t address the single biggest channel through which the doom loop works: the very high correlation between the general health of an economy, the creditworthiness of the sovereign and the robustness of its banks. Even without banks holding sovereign bonds, or receiving government guarantees, or bailouts, it is likely that banks and sovereigns get into trouble at the same time.

Credit rating agencies weigh this so-called “macro” factor heavily, much more so than implicit sovereign guarantees for example. While a booming economy is good news for both public finances and banking systems, if an economy is hit by a shock, it is likely that both its banks and the sovereign will see their finances stressed simultaneously.

It’s not even obvious that breaking the link is desirable. First, imagine banks holding a market portfolio of euro zone sovereign bonds instead of the big home bias they presently exhibit, one of the often-touted solutions to the doom loop. In the event of a shock — say an earthquake in Greece — banks across the board will sell off Greek debt and possibly trigger a self-fulfilling crisis for Greece. Greek banks, on the other hand, will have little incentive to join this fire-sale as they cannot escape the effect of the earthquake, no matter what they do. In this sense, home bias in holdings of sovereign bonds can be stabilizing in the event of a moderate shock.

It is true, in this example, that if Greek sovereign debt eventually needs to be restructured, the Greek economy would be better off if the losses fell outside of Greece rather than on Greek banks. But there is a clear trade-off. A bias toward domestic sovereigns can be stabilizing in the event of moderate shocks, but is destabilizing in the event of a big shock that necessitates debt restructuring.

Second, it was tens of billions of dollars of German savings flooding into Spanish and Irish banks between 2003 and 2007, financing real estate, which helped inflate the asset bubbles in these economies in the first place. Having learned from the crisis, German savers may be rightly reluctant to repeat the same mistake, but a pan-EU deposit guarantee, as proposed under the banking union, makes it more likely to see a repeat of these destabilizing flows. This risk has been completely ignored in the banking union.

Third, the 2014 Banking Resolution Recovery Directive, which sought to remove the need for and possibility of bank bailouts, is effective only to a point. Swedish banks, for instance, still enjoy a ratings uplift of one notch on the assumption of sovereign support. For banks in other countries, this can be even higher. Investors and ratings agencies believe that sovereigns will still step in to save systemically important large banks, no matter what the European rules say about investors bearing all the losses.

And there’s the rub: It is impossible to ever break the sovereign bank doom loop completely.  The banking union measures may, counter-intuitively, increase risks in the European banking system. European policymakers must weigh and debate these risks carefully rather than rushing headlong into the unknown.