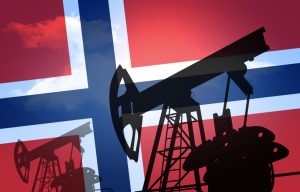 This article was originally published in Dagens Næringsliv on the 4th of May 2018, and the original can be accessed in the dn.no website.

It is surreal to see the Ministry of Finance, yet again, veto Oil Fund investments in private equity (unlisted funds) and unlisted infrastructure in its white paper on the Fund. This decision makes no financial sense. Not only does this reduce profits from the fund, it also increases the risk of large losses and the negative impact these would have on the welfare state.

A large, long-term, universal investor such as the Oil Fund should be exposed to the entire world economy. However, listed firms represent a shrinking part of the global economy.

Much economic activity in developing economies, which now accounts for 75% of global growth, falls outside the scope of listed firms. Activity in the most dynamic and fastest growing sectors in the economy from the digital economy, to renewables to biotechnology is also concentrated outside listed firms.

Calculations we have done for The Economist show that the Ministry’s decisions to limit the Fund’s investments  to primarily listed securities in rich countries have now left the Oil Fund as much as $200 billion poorer and less diversified. That is the equivalent to more than 50% of Norway’s gross domestic product (GDP).

The Ministry warns that private equity and infrastructure markets are less transparent. It has a point. But is it worth $200 billion to be able to follow the Fund’s value second to second? Perhaps, as with real estate investments, it is worth knowing the Fund’s value every quarter.

In any case, the same arguments would apply to unlisted real estate investments, which the Fund is permitted to invest in. It is hard to see why investing in unlisted student housing in London would be better than buying a stake in a promising new biotech firm in Israel, or a solar energy project in the US.

Another simple question to ask is whether Canada, New Zealand, Australia, Sweden, Denmark and the Netherlands are being foolish allowing their public funds to invest in private equity and infrastructure. Most of them have outperformed the Oil Fund, and have sterling reputations for risk management and accountability.

While it is true that the Oil Fund is cheap to run and that private equity investments are more expensive to make, that is not a good enough reason for a veto. The English idiom “penny wise pound foolish” comes to mind. Imagine applying that same logic to oil in the 1970s in Norway – we will not drill offshore because that is more expensive.

The Canadian funds do a great job on private equity and infrastructure, at a much lower price than the market because they have built up in-house expertise. That is what NBIM, which administers the Fund’s investments, has done on unlisted real estate, where those same “too expensive to invest” arguments were overridden. Why can NBIM not do the same on private equity and infrastructure?

For the past decade, every external expert group the Ministry has commissioned, NBIM and indeed the Ministry’s own Strategy Council have all made a robust financial case for private equity and infrastructure. Perhaps, after ten years of repeated veto, during which peer funds have significantly expanded their investments in private equity and infrastructure, it is time for the Parliament to put its foot down and call time on this?