How Not to Run a Sovereign Wealth Fund

Norway’s $1 trillion sovereign wealth fund, which recently announced its intention to remove all oil and gas stocks from its benchmark, has the potential to be the world’s pre-eminent investor. It enjoys more freedom than any other investor in the world, at least on paper. So why is it such a performance laggard, trailing the best-in-class sovereign wealth funds and pension funds it should be leading? The answer offers a cautionary tale to other sovereign funds and pension funds.

No matter how one looks at it, the performance of Norway’s oil fund is mediocre at best. It has generated an annual net real return of just 4.06 percent since its inception in 1996, with the recent bull run in equity markets accounting for a disproportionately large share of this. Net real return in the past five years has been 7.86 percent and a whopping 10.30 percent in the past year. The 10-year return, in contrast, is just 3.85 percent.

This glaring gap between the great potential of the fund and its second-tier performance is down primarily to its third-rate governance. The Norwegian parliament delegated responsibility for the fund to the finance ministry, which has tasked NBIM, a subsidiary of Norges Bank, with actually running the fund. While NBIM has a staff of more than 500 well-qualified and experienced professionals, it is just 17 finance ministry bureaucrats, with little financial expertise and no market experience, who really call the shots.

In theory, the fund should be a market leader. The Government Pension Fund Global, known simply as the Fund or GPFG, is set up as an inter-generational wealth-sharing fund so only earnings can be spent and the principal must remain untouched. This makes it an ideal long-term investor, a point reinforced in its mandate, which seeks to produce a high long-term return. Since it is owned and run by the Norwegian government, it does not suffer from the principal-agent problems in the form of excessive trading and exorbitant fees.

Adding to these advantages, the fund is not subject to any restrictive regulations, such as Solvency II. Unlike pension funds, which have to maintain liquidity for payments to members, the fund has little need for liquidity. The fund also enjoys several special tax exemptions in countries it invests in. Plus, it has the heft to build capacity in any asset class or market it would like to invest in. Given that Norway is a stable, prosperous democracy, the fund enjoys untrammelled access to markets and investment opportunities around the world, a privilege peers from undemocratic countries, such as Abu Dhabi and China, do not have.

Many far more constrained investors, including pension funds such as the Dutch ABP, some of the Swedish AP funds, most of the large Canadian pension funds and even the American Calpers, outperform the Norwegian GPFG. Other sovereign wealth funds such as Abu Dhabi’s ADIA, Kuwait’s KIA, New Zealand’s Super and most Ivy League university endowments also outperform the Norwegian fund, though the reported numbers for the first two are hard to verify independently. Given, the greater degrees of freedom the fund enjoys, its performance is decidedly second-tier.

This is not because the fund takes on less risk; almost 90 percent of the fund’s investments are in highly interconnected developed economies facing similar and correlated risks of demographic decline, rising political risk, stagnating productivity and high indebtedness. The consensus among experts is that these economies will grow only slowly and a standard 60/40 market portfolio of shares and bonds is unlikely to generate real returns much above 2 percent in the medium term. The fund may actually have locked in low returns, for high and rising risk.

The weakness is down to governance structure. NBIM is forbidden from investing outside listed stocks and bonds with a small exemption for unlisted property. Investing in infrastructure and other illiquid assets, especially suited for a long-term investor such as the fund, has been vetoed repeatedly by the ministry, despite NBIM having made the case for such investments on several occasions. On listed assets too, NBIM is forced to tow the benchmarks set by the Ministry with the tracking error limited to just 1.25 percent. Many developing economies are also out of bounds.

This results in the absurd situation that only about 10 percent of the oil fund’s investments are outside of mature developed markets, and only 3 percent in unlisted assets even as oil and gas stocks amount to more than 4 percent of the portfolio.

The fund also lacks an independent board; the mostly monetary-policy-focused academic board of the Norwegian central bank is a poor substitute. Unlike the House Financial Services Committee, the finance committee of the Norwegian parliament, which oversees the fund, has no professional staff, so it depends on the finance ministry for expertise. Hence the same small, poorly qualified team of bureaucrats at the ministry serve as judge, jury and executioner on all matters relating to the fund.

Former senior NBIM staffers have called this situation crazy and called for urgent reform. A governance reform commission’s proposal to set up an independent board, the most “radical” of three options proposed, has come in for heavy criticism and may yet be torpedoed. Even under this model, the commission retained the responsibility for investment strategy with the under-qualified bureaucrats.

Yes, the fund is a paragon of transparency, and no one is stealing from the till, but that is simply not good enough for a fund that is now reaching 300 percent of the mainland GDP of Norway, one of the world’s best governed countries. Unless responsibility for investing moves to qualified staff overseen by an independent board, Norway’s promising sovereign wealth fund will continue to disappoint. Sadly, Norwegians and the developing world — which could have benefited enormously from the investment — will both pay a heavy price. 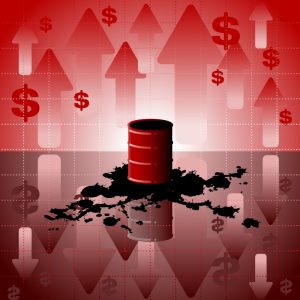