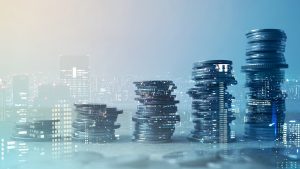 Re-Define Managing Director Sony Kapoor sat down with renowned monetary policy authority and former Bank of England Monetary Policy Committee member Charles Goodhart (also a member of Re-Define’s Advisory Board) to discuss the rising threat to central bank independence and other challenges. Here is a transcript of the conversation from the 4th of June 2018, lightly edited for easy readability.

Sony Kapoor: Charles, how did the idea of the independence of central banking originate?

Charles Goodhart:  There were a couple of crucial considerations. The most important to my mind was the Friedman Phillips analysis, that in the medium or longer term the Phillips curve was vertical. The point of that is that the moment the Phillips curve is non-vertical, effectively you have got a trade-off between having more inflation and less unemployment, or vice-versa. That trade-off is inevitably and critically political, you cannot avoid it.

The moment you have got a vertical Phillips curve, the trade-off disappears. In fact, a central bank can argue perfectly reasonably that it is actually being pro-growth if it controls the low inflation rate, because the higher the inflation rate, the more resources people will devote to trying to avoid the effects of inflation.

Sony Kapoor: So, there is a dead weight cost to inflation under a vertical Phillips curve?

Charles Goodhart: Indeed, and that there is no downside to maintaining price stability. That changed things dramatically. The second factor which I think is far less important, but still important and relevant, is the timing inconsistency argument.  The point about central bank independence is that once you assume a vertical Phillips curve, the government of the day, whichever it is, could argue that it would establish price stability because there is no medium to long-term loss. In fact, they gain from doing so.

You add a vertical Phillips curve and time inconsistency together and you get a net benefit of shifting to an independent central bank. And that net benefit is actually greater the more left wing the government, because such an incoming government will believe, usually rightly so, that the market will be suspicious of it. The greater the market suspicion, the greater the benefit from introducing an independent central bank whose mandate is to achieve price stability defined as an inflation target.

And it is not a surprise that it was actually a somewhat left wing government in New Zealand, the Labour party, when they came into office in 1997 in the UK, and the ANC in South Africa who introduced central bank independence.

Sony Kapoor: That was a great introduction to the theory and recent history. There are degrees of independence, of constitutional and de jure independence, as with the ECB versus the de facto kinds with many other central banks, right? Do you mind talking briefly about some of the G10 central banks and the kind of independence that they have.

Charles Goodhart: Well the ECB of course got it on the basis of a treaty but it is an outlier. It took over independence from the Bundesbank, which had it before and because it effectively dominated the law committee, it was able to insist not only that the ECB was to be independent, but also that independence was to be established by treaty, which makes the ECB by far the most independent central bank that there is now.  Because in every other case the independence has been adopted by the legislature, and what the legislature can do, it can undo. So that if you think of every other central bank, other than the ECB they always, all the time look over their shoulders at the legislature and what the… in public of the day, and the media of the day are saying about them.

Sony Kapoor: So if you were to have a rough ranking of the degrees of independence enjoyed by the major central banks, how would you rank them in the order of independence.

Charles Goodhart: The ECB is far and away the most independent, the rest are pretty much a much of a muchness, with possibly I think the Fed being the least independent.  Though again the Bank of Japan is clearly very closely interacting with the Japanese government of the day, more so than the Bank of England.

Sony Kapoor: Right, so in the broad sweep of history would central bank independence come to look like a temporary blip that lasted a few decades from let’s say the ‘80s till the early part of the 21st Century, or do you think it could be here to last?

Charles Goodhart: It will not look like a blip for the ECB, because they’re protected by treaty, it’d be extraordinarily difficult to get unanimity among all of the members of the eurozone to change that treaty.  The greater concern with the ECB is not that their independence might be under threat but the operation of the single euro currency might be under threat, because of problems in one or more of the major countries, such as Italy or Spain.

And for the rest, I think that the last three decades have been very fortunate in many ways for the central banks, because during those whole 30 years there has been a consistent and persistent downwards trend in nominal and real interest rates and of course this makes them very popular with ministers of finance, and what you’ve got at the moment is debt ratios, particularly the public sector debt ratios in most of our countries going up really quite rapidly.

And the projections for the future debt ratios in public sector deficits are scary, primarily because with the ageing of the population and the fact that as the population ages it runs into mental problems, dementia of one kind or another which medicine has not done anything for, and which don’t kill you quickly but make you incapacitated, and the problems of medical care are going to be rising dramatically.  So that the outlook on the fiscal side is frightening.

And if the underlying, or trend is for greater inflation, and rising above the target level, this will put the central bank somewhat at loggerheads with whatever government is in power, because the central bank will want to raise interest rates at a time when high and rising debt levels make it more and more difficult for ministers of finance.  Since the legislature has the last word everywhere except in eurozone, I think that the next 30 years will be far more difficult for central banks than the last 30 years have been.

Sony Kapoor: That seems clear. Central banking is set for a rough ride now. Another, perhaps somewhat paradoxical issue has been that a number of central banks that also had oversight of the financial system were seen to be asleep on the job in the run up to the Lehman crisis, but have nevertheless ended up with much expanded powers afterwards.

Their powers of supervision, for regulation and the whole monetary policy toolkit they have at their disposal have all generally expanded in the decade since Lehman’s collapse. Do you think this much expanded role, some of which is more overtly political and has little to do with the vertical Philipps curve used to justify independence in the first place, calls for revisiting the whole idea of central bank independence in addition to the factors you have mentioned?

Charles Goodhart: Not necessarily.  What it could do is lead to more countries deciding to shift more of the responsibility for micro and macro credential to an institution which is actually not part of the central bank.  But while it is certainly true that the central banks didn’t foresee the crisis, nor did anybody else pretty much.

So they were not alone, and when the crisis did strike they were the institutions, they really did respond very quickly and very effectively.  I mean the scale and extent and speed of the downturn after Lehman’s in the fourth quarter of 2008 was I think by almost any measure you like to name much more serious than the scale and speed and extent of the downturn after October 1929, and whereas the downturn in 1929 was not properly reversed, it did get reversed and really quite quickly after 2009.

It was partly to do with the fiscal policy, but the fiscal expansion was quite limited and only for a relatively short space of time while the central banks continued to be the main expansionary force throughout the rather sluggish recovery.  And it is clearly economically efficient to put it all with the central bank, because if you are going to do these unconventional monetary policies you’ve got to know what’s going on in the financial system.

Sony Kapoor: Without knowing about how the plumbing of the financial system works, it is impossible to design and use conventional and especially unconventional monetary policy tools, and one could instead inflict significant harm, right?

Charles Goodhart: Indeed.  The unconventional monetary policies do involve use of central bank balance sheet, liquidity provisions, variations in capital, in liquidity requirements, all of which almost inevitably is part of the central bank. And in any case the central bank is always held responsible for financial stability.  So it is sort of odd to suggest that you should be responsible but not have the instruments to meet your responsibility.

So yes there are political reasons for thinking that widening the mandate for the central bank to incorporate much more in the way of financial stability issues causes problems for central banks, and in particular because financial stability is not measurable, and therefore you cannot easily call them to account, and it is very difficult to be really that transparent when you cannot be called into account.

Sony Kapoor: Challenging times lie ahead for central banks, so they should better brace themselves.