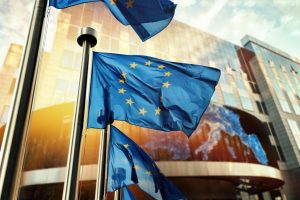 Large bank failures in recent years have led to reforms that strengthen crisis prevention and give regulators and banks the tools for dealing with crises that do occur. Similar policy measures can be helpful in dealing with sovereign crises — when governments run out of money and credit. Unfortunately, the European Commission misses the mark in its recent proposals to upgrade the euro zone’s sovereign crisis management system.

To reduce the likelihood of a bank crisis, recent reforms have mandated that banks increase capital requirements during economic expansions, allowing them to fall during contractions or recessions. Governments can benefit from the countercyclical approach, too. It is fine to have policies such as the EU’s Growth and Stability Pact that limit government deficits and debt, but instead of blanket limits, these parameters should vary depending on economic conditions, allowing higher levels during recessions but mandating more of a buffer during better times. The EU could also encourage the use of GDP-linked bonds issued by national governments, where the debt payments vary inversely with growth. This mirrors the now mandatory use of bail-in rules at banks.

Problems refinancing maturing debt in turbulent markets have often been a trigger for bank and sovereign crises. The newly agreed Basel III accordreduces this risk for banks by imposing a “net stable funding ratio” that limits banks’ ability to make long-term loans from short-term funds. Similarly, extending the maturity profile for sovereign debt, so as to limit the need for refinancing in any year to no more than, say, 10 percent of GDP worth of debt, will help prevent sovereign crises. Short average maturity for sovereign debt put Italy and Spain at great refinancing risk during the last crisis, which the U.K., with the longest average sovereign bond maturity, weathered much better.

Just as banks are now required to stress test their balance sheet, stress testing national economies would make risk factors more transparent, and may make for more responsible policymaking. Such stress tests should also be used to encourage governments to develop contingency plans just like the living wills that are now mandatory for all major banks. For example, governments could be asked to publicly list the expenditures they will cut and the taxes they will raise to get out of fiscal duress if the need arose. The natural differences across political lines over which items to prioritize, and the transparency of the exercise, will increase domestic ownership, engender political accountability and help to speed up corrective action.

No matter how good crisis prevention policies look on paper, the unexpected can happen. Once a bank runs into trouble, the challenge is to contain the crisis, stop widespread contagion, and restore confidence: so-called mitigation. Timely and speedy liquidity provision is crucial for sovereigns, too. Dithering over providing such liquidity support to sovereigns intensified the euro crisis and played a role in spreading the contagion from Greece to other euro-zone economies in 2011.

The ECB provided large liquidity support to banks in that crisis, and EU banks were allowed to issue more than 600 billion euro ($712 billion) in government-guaranteed bonds. Likewise, the commission’s proposed European Monetary Fund (EMF) should mostly provide guarantees for sovereign bonds, with the International Monetary Fund being able to chip in with liquidity support for sovereigns where needed. This will speed up the process of aiding troubled sovereigns as well as allow for a larger total support program. Sovereign bonds guaranteed by the EMF could, if necessary, enjoy preferential treatment of the kind that funding provided to firms under bankruptcy proceedings financing does under U.S. law. So far, there is no such provision.

Of course, mitigation efforts will sometimes fail. It was the absence of a credible framework when that happens that helped turn Lehman’s collapse into a global financial crisis and forced the rescue of dozens of banks. Similarly, the absence of a framework for dealing with Greece’s sovereign debt problems caused it to infect the whole euro zone. A special regime has now been put in place to allow for EU banks to be recapitalized, restructured, and, if all else fails, wound up. Distributing losses among stakeholders is central to this. Naturally, countries cannot be wound up in the same way, but a predictable, formalized mechanism for dealing with nonperforming sovereign debt is sorely needed.

Such a mechanism would only be credible if it is strictly independent in the same way that regulatory authorities and bankruptcy courts are independent. Because more than 1 trillion euro of euro-zone sovereign bonds are held by foreign governments, and much larger amounts are held in the private sector, the EU cannot credibly be an independent arbiter of how losses on the restructuring of member state sovereign bonds will be shared. That role must fall to the IMF.

The EU would be foolish to ignore the ways in which the lessons from past bank failures can be applied to preventing, mitigating and resolving a sovereign crisis. Current proposals don’t go far enough.